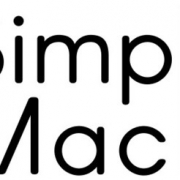 SAN JOSE, Calif., Oct. 27, 2020 /PRNewswire/ — As traditional chip makers struggle to embrace the challenges presented by the rapidly evolving AI software landscape, a San Jose startup has announced it has working silicon and a whole new future-proof chip paradigm to address these issues.

The SimpleMachines, Inc. (SMI) team – which includes leading research scientists and industry heavyweights formerly of Qualcomm, Intel and Sun Microsystems – has created a first-of-its-kind easily programmable, high-performance chip that will accelerate a wide variety of AI and machine-learning applications. The chip, Mozart, is a TSMC 16-nanometer design that utilizes HBM2 memory and is sampling as a standard PCIe card. Initial results have shown significant speedups across a broad set of AI applications, unlike other specialized AI chips. Examples include recommendation engines, speech and language processing, and image detection, all of which can run simultaneously.

Mozart is the result of 10 years of research at the University of Wisconsin-Madison that included several high-profile papers and awards. The research was led by SMI’s Founder, CEO and CTO Karu Sankaralingam, also a computer science professor at UW.

The working chip demonstrates that a clean-slate design can deliver the performance of custom-built single purpose processors while maintaining flexibility and programmability. The chip’s software interface includes direct TensorFlow support as well as API’s for C/C++ and Python.  Future generations of the chip will leverage its unique architecture to scale up and down the power spectrum from enterprise-class high-performance systems to 5-watt IoT devices.

Mozart will be available via a PCIe card called Accelerando, or via the Symphony Cloud Service (SMI’s hosted cloud service with easy access to public clouds like Azure, Google Cloud Platform, and AWS).

“Mozart is an extremely complex chip, one of the few using HBM2 (high-bandwidth memory) for this type of application,” Sankaralingam said. “It took our silicon team under a week from having the chip in-house to running applications on the device, putting us on the fast track to take our first silicon (A0) to production.”

Unlike many of the new chips that have been designed for single workloads like image processing, Mozart’s strength is in its ability to adapt on the fly and accelerate a wide variety of workloads across a diverse range of industries and applications, including image detection, image classification, natural language processing, language translation, network security, recommendation engines, graph processing, drug discovery, and gene sequence alignment.

“The chip’s design can support very large models today and is capable of running up to 64 different models simultaneously,” said Greg Wright, SMI’s Chief Architect. “Our next-generation 7-nanometer design is expected to be ready to sample by the end of 2021 and will be 20x faster on a diverse set of workloads than current chips.”

Mozart’s architecture leverages the concept of Composable Computing, which abstracts any software application into a small number of defined behaviors. SMI’s novel compiler integrates into the backend of standard AI frameworks like TensorFlow to translate those programs and reconfigures the hardware on the fly to result in a chip that behaves as if it were originally designed for that application.

“SimpleMachines’ solution is a radically new software-centric approach that deploys a programmable platform with a breakthrough software stack and compiler that enables the programmer to easily optimize the hardware on the fly and get the performance of custom silicon with a platform that supports hundreds of different use cases,” Wright said.

SMI is initially targeting companies in the public datacenter, network security, finance, and insurance industries for its Mozart Platform with plans to disrupt the edge and mobile device markets in future product generations.  According to Allied Market Research, the global AI chip market will reach $91 billion by 2025, with growth rates of 45% a year until then. Market drivers include a surge in demand for smart homes and smart cities, more investment in AI startups, and the rise of smart robots.

“As fast, flexible computing becomes more accessible, AI will be used by more industries for more applications more frequently, so chip design must evolve accordingly,” Sankaralingam said. “We are disrupting the next wave of computing with our breakthrough technology and are excited about the market opportunity, especially for AI chips along the power spectrum.”

Founded in 2017, SimpleMachines, Inc. (SMI) is an AI-focused semiconductor startup that is disrupting the next wave of computing. The company’s flagship technology, Mozart Platform, is a first-of-its-kind, easily programmable high-performance silicon chip that can run on various classes of AI algorithms. SMI’s first-generation chip – available via a PCIe card called Accelerando, or Symphony Cloud Service – is designed to provide high performance execution of software being developed for AI, machine learning, and big data analytics.  The product roadmap includes a second and third generation chip design that will target the large and rapidly growing mobile and edge computing markets. For more information, please visit https://www.simplemachines.ai/.